The college was organically grown and originally founded in 2006 in Co. Cork by Sharon O’Neill BCL. Sharon taught mainly in schools and for adult education programs and then opened a Yoga Studio in 2010. There she offered classes to the general public  for all levels. That little cottage studio was a great success, so Golden Glow Yoga got bigger over time and we loved our years practicing weekly with amazing people. Eventually owning three different studios in Cork and Carrigaline in Cork county, Golden Glow Yoga College evolved and we headed to Cork city in 2015 and also to Galway.  Since 2013 we also focused on providing high quality Yoga Teacher Training.  There was a growing need to have more classes with our signature styles and routines and we began assisting  our long term and advanced students to become teachers themselves.

We have been privileged  to be awarded the Best Contemporary Yoga College in Ireland Award 2018 and are widely recognised as one of the most established and professional Teacher Training Colleges in Ireland. The main office and Private Practice Rooms were moved to Cork City in Oliver Plunkett Street in 2016 and many of you would have met us there. GGYC went on to win the Best Yoga Studio in Cork award from the Luxury Travel Guide in 2017 and Best Contemporary Yoga Studio in Ireland in 2018.  We ran our headquarters and a small studio from 2016 -July 2020 in Spiddal on the Wild Atlantic Way.  In 2018 we also expanded to Galway City, working from a beautiful studio in Terryland and created The Galway Wellness Studio.  Not only teaching our own classes and training but offering the studio to others.

In 2020 the college was moved entirely to operate out of the Terryland studio.  With great plans to continue to go from strength to strength.  Sadly due to Covid restrictions the studio has now closed.  The good news is the college will continue operating and offering training online until we are able to meet again safely.

Golden Glow Yoga College Courses are inspired by Sri Aurobindo and The Mother, Swami Vidyanand and also the timeless teachings of Shri Krishnamacharya, an amazing healer and yoga teacher who was the inspiration behind many modern Hatha schools (Ashtanga, Iyengar, Vinyasa, Viniyoga).

Our primary influences are Patanjali the Great Sage of Yoga, as well as the awareness of Ayurveda as based on the Samkhya cosmology. Golden Glow Yoga College courses are varied, interesting and challenging.

The ethos of Golden Glow Yoga College is a beautiful Yogic love story of loving kindness given and received; hard work and commitment.  We believe Yoga Teachers can be ‘hard core’ in discipline, and yet loving and compassionate.  This will always be an essential component of eligibility to train at our colleges. 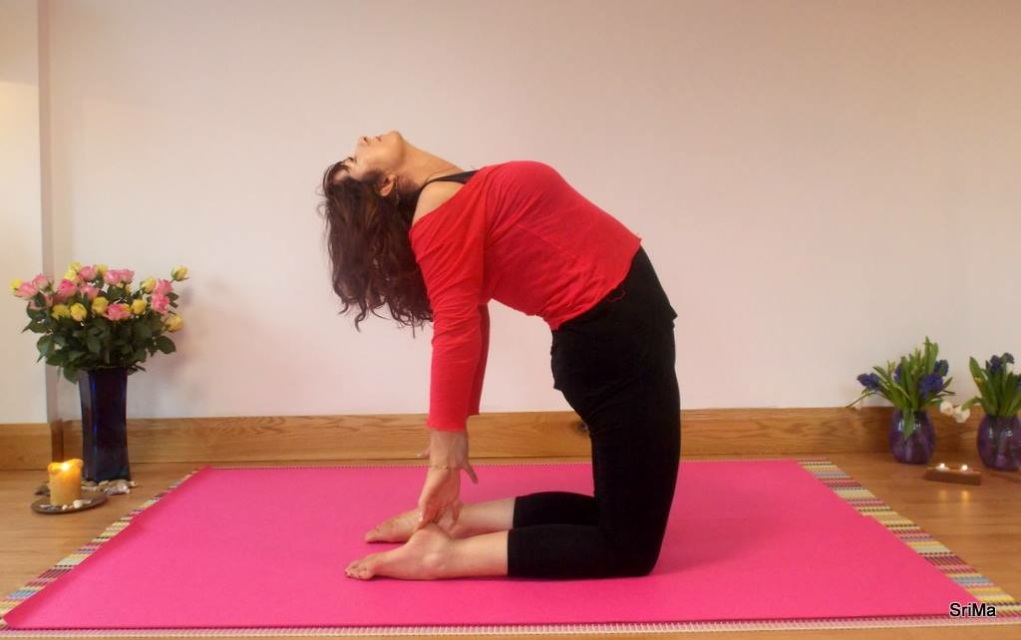 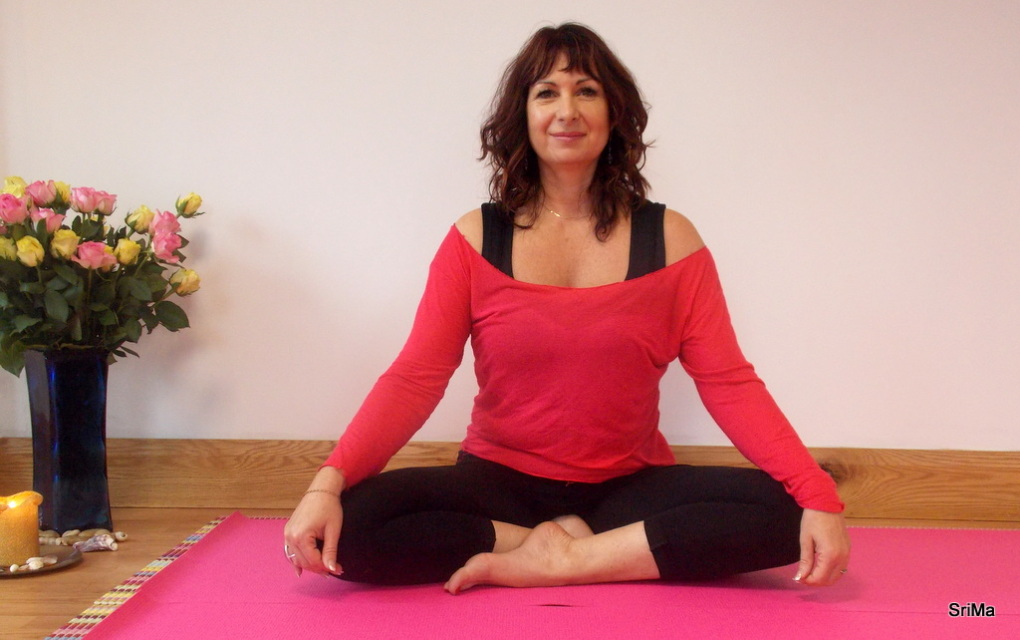 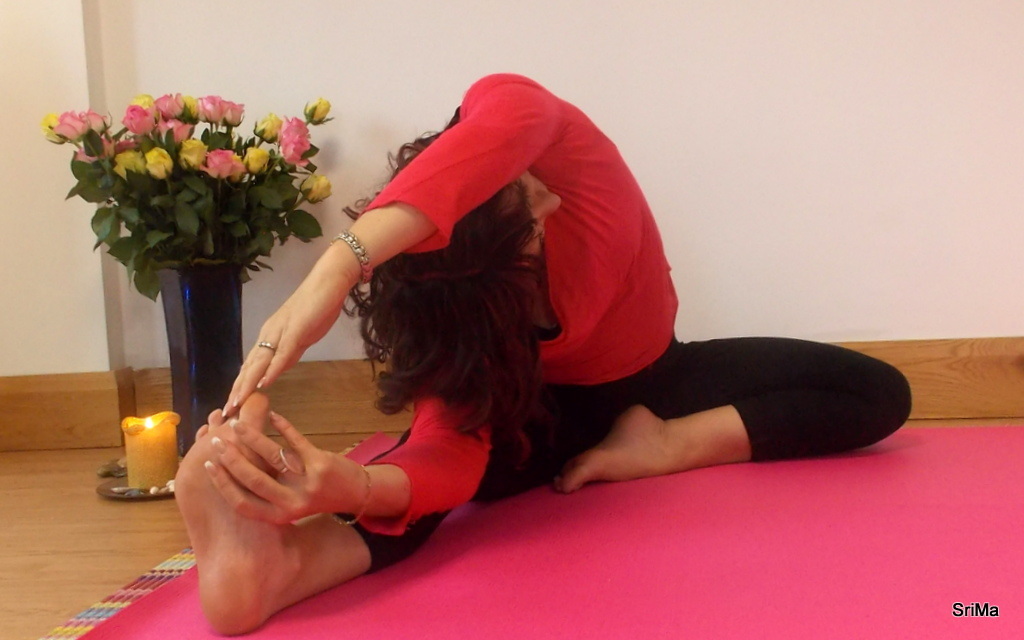 Our Managing Director and Founder is affectionately known to thousands as Sri (means Highest or Holy -pronounced Shri) Radha (Rad – ha – The favorite wife or love of Lord Krishna ) Sharon, and professionally as Dr Sri Radha Sharon O’Neill BCL Hons PhD Yoga. Sri Radha is originally from Cornwall,but her Father was Irish and she moved to Ireland with her family of five children over 25 years ago.

Her initial yoga teacher training qualifications began with a 300hr ( YA 200hr ) Diploma with Marie Quail and Yoga Alliance in 2004- 2006. The years of training and practice then took her to progress her studies further in Southern India in 2013. She continued to teach classes in Cork for over 10 years.  In  additional to 200hr Transformational Yoga Instructor Certificate,  she has attained a Senior Instructor 500hr Certificate Sri Radha has accumulated over 12000 class teaching hours since and has taught over thirty 200hr Foundation courses in yoga and has attained a YA 200hr and YAI 200hr and  500hr and Grand Master in Yoga Therapy Qualifications

Aside from teaching yoga since coming to Ireland, Sharon was also one of the very few female Painter & Decorator contractors in Ireland!  She also managed, in between yoga, to raise five children and work full time to successfully attain a Honors degree in Law at University College Cork.  Sharon also trained as a mediator.

Dr Sri Radha Sharon has dedicated her later life to the wide study and awareness of the various Hatha schools and the fun and challenge of Vinyasa flow. Her enthusiasm enhances the teaching mix beautifully, making for the most enjoyable of yoga courses all with the discipline of loving kindness.

Sri Radha was appointed as the Director for Yoga Alliance International for Ireland by Swami Vidyanand, from January 2013 and retired from the Directorship in  June 2020. She remains Director of GGYC and also an Ambassador for SriMa Transformational Yoga. She is a Member of the British Wheel of Yoga today. 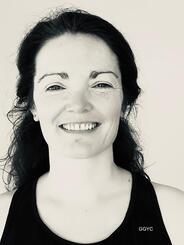 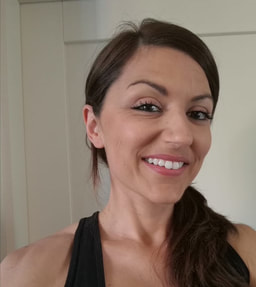 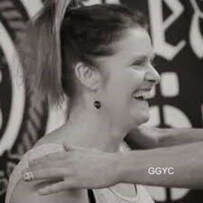 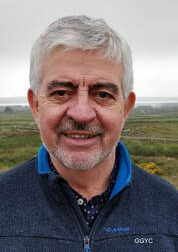